The mistery of Dobarsko Church 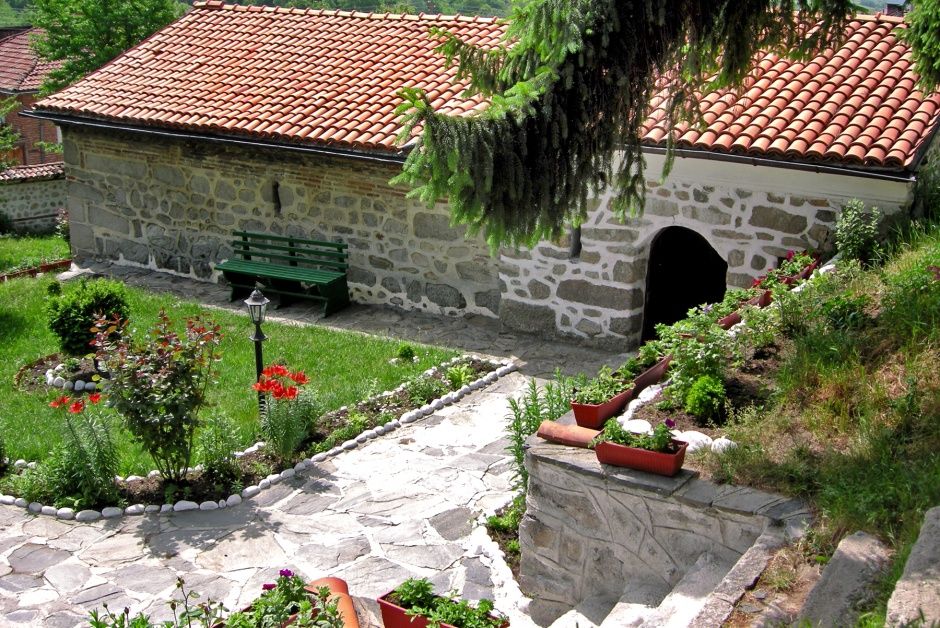 The little village of Dobarsko is located 12 km from Razlog and shelters the unique medieval church of St. Theodore Tyron and St. Theodore Stratelates. It is registered among the 100 national tourist sites in Bulgaria. The church was built in 1614 although there are indications that 1122 might be the actual year of construction. The fascinating wall paintings and authentic architecture belong to the most valuable examples of Bulgarian art.

The church is a small basilica of simple architecture with a nave and two aisles, almost hidden in the surrounding space. The simple architecture can be explained with a restriction imposed by the Ottoman Empire to construct large Christian temples. The church was built more like a residential building, which is probably why it survived for centuries. The church is 8.37 m long, 6.50 m wide, with a highest part of 5.20 meters. Its inner disposition is quite unusual. Instead of building a single-span basilica, typical at the time, the builders made a complex basilica with a nave and two aisles.

The simple external appearance of the church is compensated by rich inner decoration. The magnificent wall paintings are impressive with the images of 460 biblical scenes and local saints. The wall paintings literally cover every square centimeter of the church. At the time, when usually no more than 4-5 images of Saints were depicted in the temples, here we can observe 30. The images of the warrior saints St. Dimitrius, St. Theodore Tyron and St. Theodore Stratelates dominate the church.

The artists who painted the frescoes did not leave their names in the church. According to medieval traditions, the author had to remain anonymous because it was not his thoughts, but God was the one who moved his hand. One thing is sure and it is that there had been several artists - grand master, journeyman and apprentices. The grand master painted the main scenes and the saints, while the journeyman and the apprentices created some of the less important scenes.

The grand master wall paintings are indeed divine. The most interesting of them, God’s Transfiguration, represents Jesus Christ as a cosmonaut. He flies up to Heaven in an object quite similar to a modern space rocket spurting fire. Under Christ’s feet, the outlines of the atmosphere and stratosphere are visible.

The unique wall paintings make historians wonder. Some have developed modernist theories. According to some descriptions, the Saints’ haloes resemble helmets. In many scenes they hold western-type of arms, like battle-axes and wear helmets. It’s quite interesting also to see a swastika carved on one of the outer walls of the church.

There is something even more curious for the contemporary tourist – the church was built in such a manner that it maintains the same temperature all year round, which enables the preservation of the wall paintings. Even without any ventilation, the frescoes look as if they were painted yesterday. In 1973-1978, Peter Popov and Zlatka Kirova, restorer and architect respectively, only cleaned the accumulated soot left from candle burning at the time when the church was active. The amazing bright colors of the frescoes are intact even though the Turks transformed the temple into a bath during the 19th century

Coming out of the temple we see a small but well-kept flower garden. A small mineral spring is located here. The legend says that after the battle of Klutch in the year 1014, the fourteen thousand blinded soldiers of Tsar Samuil succeeded to reach the church and some of them settled here, founding asinging school. It still exists. According to another legend,the soldiers of Tsar Samuil are the real founders of the village. Coming back from the battle, blinded, they reached the mineral spring and remained here to heal their wounds.

Throw a small coin into the spring and wash your eyes to make sure you will come back to the Heavenly protection of this sacred place!