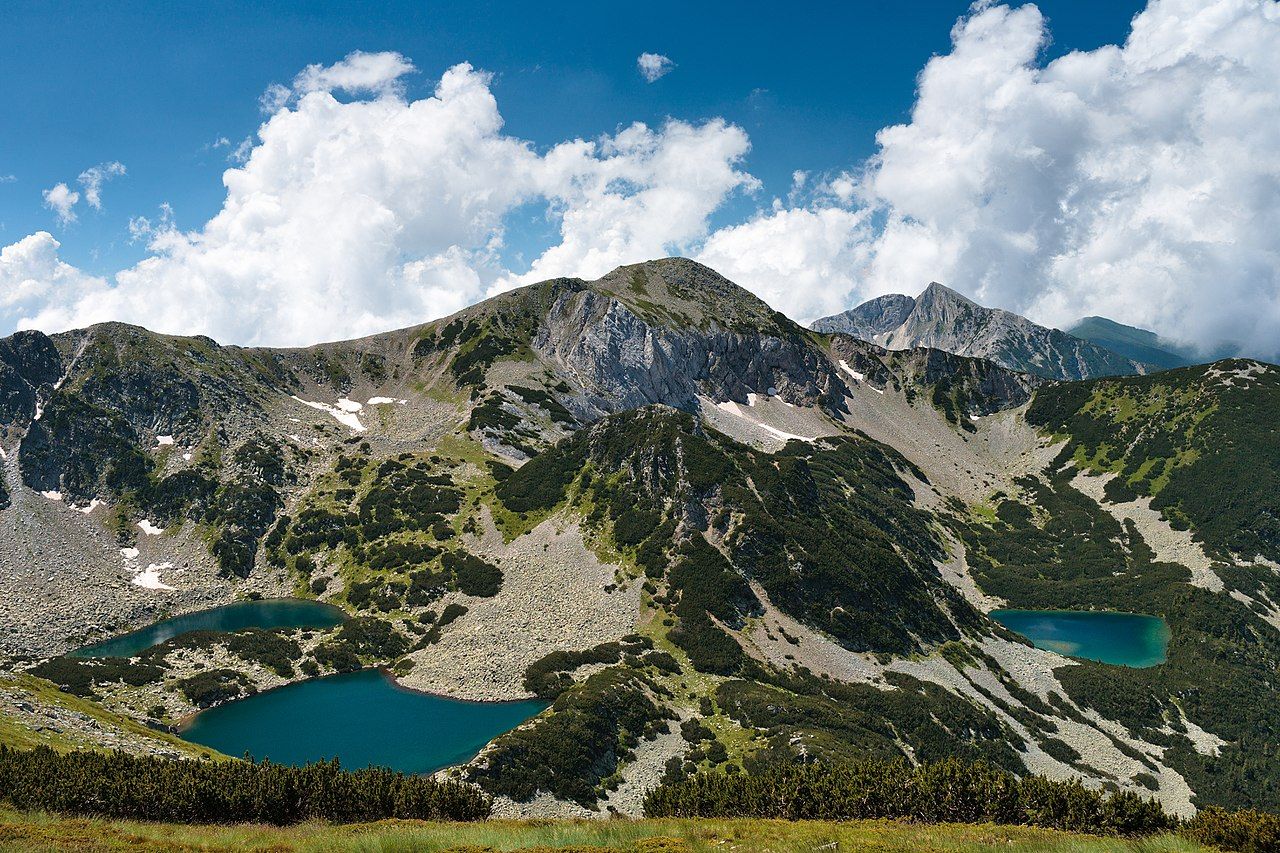 Pirin National Park (Bulgarian: Национален парк "Пирин"), originally named Vihren National Park, encompasses the larger part of the Pirin Mountains in southwestern Bulgaria, spanning an area of 403.56 km2 (155.82 sq mi). It is one of the three national parks in the country, the others being Rila National Park and Central Balkan National Park. The park was established in 1962 and its territory was expanded several times since then. Pirin National Park was declared a UNESCO World Heritage Site in 1983. The altitude varies from 950 m to 2,914 m at Vihren, Bulgaria's second highest summit and the Balkans' third.

The park is situated in Blagoevgrad Province, the nation's south-westernmost region, on the territory of seven municipalities: Bansko, Gotse Delchev, Kresna, Razlog, Sandanski, Simitli and Strumyani. There are no populated places within its territory. Two nature reserves are located within the boundaries of Pirin National Park, Bayuvi Dupki–Dzhindzhiritsa and Yulen. Bayuvi Dupki–Dzhindzhiritsa is among the oldest in Bulgaria, established in 1934 and is included in the World Network of Biosphere Reserves under the UNESCO Man and Biosphere Programme.[1] The whole territory is part of the network of nature protection areas of the European Union, Natura 2000.

Pirin is renowned for its 118 glacial lakes, the largest and the deepest of them being Popovo Lake. Many of them are situated in cirques. There are also a few small glaciers, such Snezhnika, located in the deep Golemiya Kazan cirque at the steep northern foot of Vihren, and Banski Suhodol. They are the southernmost glaciers in Europe.

Pirin National Park falls within the Rodope montane mixed forests terrestrial ecoregion of the Palearctic temperate broadleaf and mixed forest. Forests cover 57.3% of the parks area and almost 95% of them are coniferous forests. The average age of the forests is 85 years. Bulgaria's oldest tree, Baikushev's pine, is located in the park. With an approximate age of about 1,300 years it is a contemporary of the foundation of the Bulgarian state in 681 AD. The fauna of the Pirin National Park is diverse and includes 45 species of mammals, 159 species of birds, 11 species of reptiles, 8 species of amphibia and 6 species of fish.